How to Access GAL Online Xpress with Windows 10 and 11>>>

Vantage brings industry giants together under a single umbrella.

Since its September 2018 debut, the Vantage group brand — an umbrella company over several major names in elevator manufacturing — has begun to appear in news items and announcements across various outlets. By bringing together these component makers, Vantage is streamlining the process for its customers.

In June 2017, GAL Manufacturing Corp., GAL Canada and Hollister-Whitney were acquired by Golden Gate Capital, a U.S. private equity firm based in San Francisco. Golden Gate already had a diverse portfolio of companies and a strong focus on business growth and market development, and broadened its product lines with elevator products. 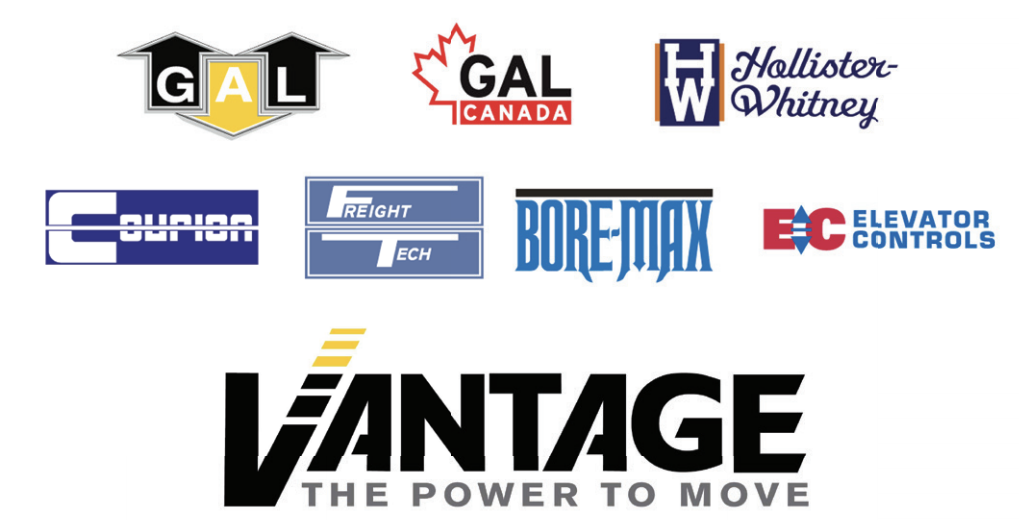 For GAL and Hollister-Whitney, this meant building on their established reputations, while entering into partnership with several other businesses to deliver stronger, collaborative solutions to the elevator industry. In January 2018, Vantage welcomed St. Louis-based freight-door specialist Courion and its New York sister business Freight Tech. California-based hydraulic-component manufacturer Bore-Max came on in March of that year, followed by the June acquisition of another California company, Sacramento-based Elevator Controls.

Making a Splash at NAEC

The Vantage brand was officially introduced in September 2018 at the National Association of Elevator Contractors (NAEC) convention in Atlantic City. A launch party for 350 people and a notable booth on the show floor offered the perfect opportunity to present the member companies under the new Vantage flag. Mark Boelhouwer, CEO of the new company, addressed the gathering, saying:

“Together, as part of this growing group of companies, we have an unbeatable level of combined expertise and experience. The industry is changing, and we as suppliers need to not just meet our customers’ expectations but pre-empt them. As Vantage, we are better placed than ever to do that.”

One central element of the Vantage strategy has been to bring service and support closer to the customer. This is prompted the opening of several new service centers, including in Miami, Chicago and California. Said Boelhouwer: 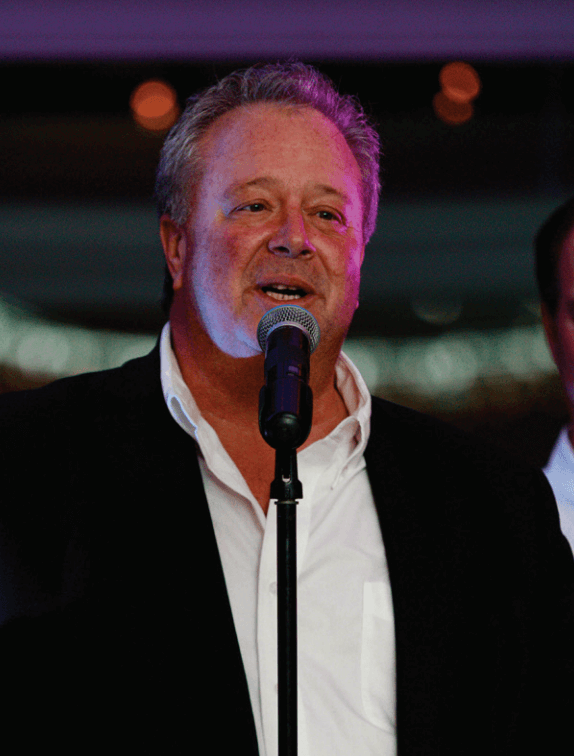 Vantage CEO Mark Boelhouwer discusses the company’s goals during its September unveiling at the NAEC convention in Atlantic City.

“We now have a total of eight customer focused locations across North America. This is allows us to support local customers in a more dedicated way than ever before, which is a major focus for all our business entities. We will be able to bring an unparalleled selection of products and services to our customers, coupled with a dedicated, regional business experience.”

In addition to the companies’ facilities, Vantage has opened three new service centers: in the Los Angeles, Chicago and Miami areas.

Vantage was designed to meet customers’ needs for a comprehensive range of elevator equipment. Thorough rough one central interface, customers can find a complete selection of door operators, safety equipment, geared and gearless traction machines, control systems, hydraulic components, freight door systems and much more. There is a strong focus on innovation and development across the group, which means that the current family of products will be extended with new solutions and technology as well as advanced, custom projects on an ongoing basis. 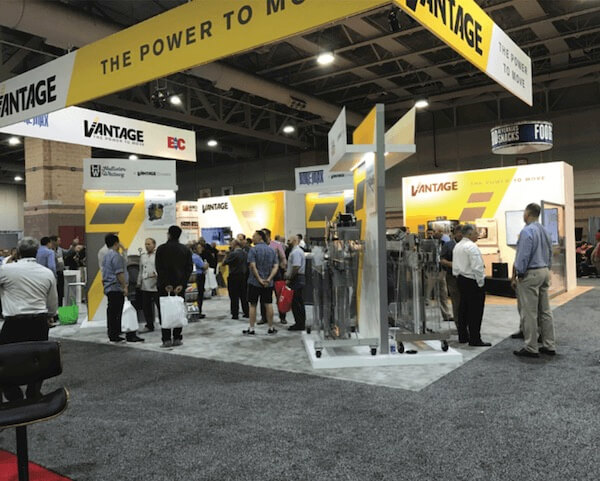 The Vantage booth at NAEC drew plenty of interest.

The Vantage vision incorporates an even greater selection of elevator solutions. Boelhouwer explained:

“Vantage is more than just a new name. It’s a new philosophy focused on customer care. We are creating a customer-centric mindset, where we’re committed to delivering best-in-class value at every level. Our story is only just beginning, and we’re excited about sharing it with the elevator community.”